by Dave Thomas : nmsrdaveATswcp.com (Help fight SPAM!  Please replace the AT with an @)

The photo below shows a section of Interstate 25 near Coal Ave in Albuquerque, New Mexico. On the left is a large billboard for the new FM radio station KAGM, 106.3 MHz, which started an all-talk format a few months ago, in the spring of 2005. Across the freeway from the 106.3 sign is the home of Psychic Ana, whose small billboard greets drivers on I-25 every day. You can see a blow-up of Psychic Ana's billboard by placing your mouse cursor anywhere over the image - a handy trick I learned free from Website Goodies - Free Website Tools. Anyway, the Point of all this is to show that poor Psychic Ana spent a lot of money to put the legend "Now on Wild 106.3 FM" under her picture. Sadly, Wild 106.3 FM has become extinct, and has been replaced by 106.3 Talk FM. If only Psychic Ana had known that Wild 106.3 FM wasn't doing that well, she could have saved herself some money.

If only she'd had a premonition! If only she had access to some marvelous power that would help her predict the Future! 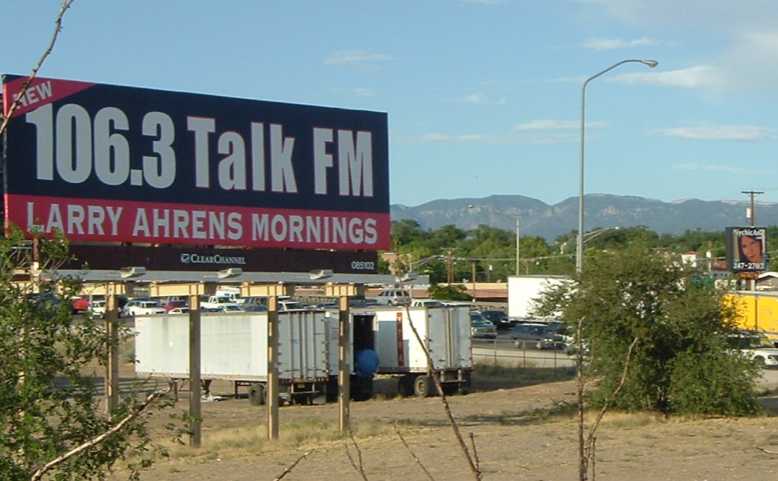