Mr. Dave Thomas is a physicist and mathematician. He received bachelor degrees in mathematics and in physics, and a master of science in mathematics, from the New Mexico Institute of Mining and Technology, where he was awarded the Brown Medal and the Langmuir Award. Dave is president of the science group New Mexicans for Science and Reason (http://www.nmsr.org), and also is a Fellow of CSI (Committee for Skeptical Inquiry), the publishers of Skeptical Inquirer. He has published several articles in Skeptical Inquirer on the Roswell and Aztec UFO Incidents, as well as on the Bible Code. Dave has also published in Scientific American (Dec. 1980 cover article), and has several patents. He received the National Center for Science Education's Friend of Darwin Award in 2000. Dave is married, and has two sons. He enjoys playing bluegrass, and and performs juggling and magic shows for elementary schools and other groups. Dave is past president of the Coalition for Excellence on Science and Math Education (CESE), and is past president of the New Mexico Academy of Science.

PDF Version of The 9/11 Truth Movement: The Top Conspiracy Theory, a Decade Later

More by Dave Thomas in Skeptical Inquirer and Skeptical Briefs 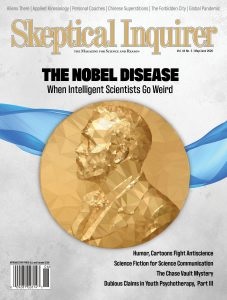 You Are STILL Being Lied To: The NEW Disinformation Guide to Media Distortion, Historical Whitewashes and Cultural Myths (Paperback) ISBN: 978-1934708071